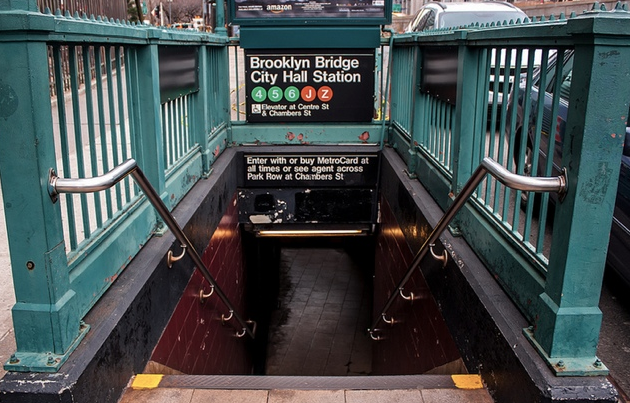 Just the other day, a friend of mine posted a mini-rant on Facebook about men who, under the guise of saying “Good morning,” are really just trying to get you to engage in a conversation, and how, when she doesn’t return the greeting, or God forbid, smile, she, at times, gets a nasty response. The backlash on that particular morning? “At least you could smile, bitch.”

Yes, it goes without saying, not all men are this way. (Isn’t that common sense?) But this kind of thing happens far too much. And it sometimes feels (to me, anyway) that the backlash is much worse than the fake greeting/catcall/harassment, whatever the situation was.

Predictably, my friend was deluged with comments, many of which were of the #NotAllMen type, but a few were pretty mysogynistic:

“Well, you’re hot (she is), but women who aren’t should be thankful.”
“I really am saying good morning. What’ the harm in that?”
“Maybe if women didn’t walk around all stone-faced and just said ‘Good morning’ back,” and so on.

One guy even tried to say he greets strangers on the street equally. Yeah, ok!

But the following is an example of something that just SHOULDN’T BE:

Police are still searching for a man suspected of slashing a woman in a downtown Manhattan subway station over the weekend.

According to the NYPD, the incident occurred at 5:40 p.m. this past Saturday, May 2nd, at the Brooklyn Bridge/City Hall stop: “[The] suspect attempted to engage the victim, a 34-year-old female, in conversation. When the victim ignored the suspect, the suspect spat at the victim, who then began to laugh at the suspect. The suspect then took out a sharp instrument, slashed the victim in the arm and then fled the station.” (Read more on Gothamist.)

Imagine that: A violent response to being ignored by a woman who dared to ignore a man trying to engage her. This kind of shit shouldn’t happen. Maybe if more (#NotAll) men empathized, just put themselves in our ‘heels,’ and realized, sometimes, we just want to get where we’re going — quietly — we wouldn’t have to fluster your sensitive little feelings into a debate on Facebook. 🙂

Here are some other links that appropriately fit this headline:

A Nebraska woman who claims to be an ambassador for God and his son Jesus Christ is suing all gay people on Earth. (Daily News) — waste of court time, if you ask me!

In Chicago, it isn’t the cops who tortured who will dole out $100 million to victims. That’ll be the taxpayers. (Fusion) That’s a lot of taxpayer money. Now will people see why there is a problem with police brutality?

Cop bites man’s testicles on Cinco de Mayo. (Death and Taxes) What is there to say, really?

Oh, what a day it’s been so far. Some of you follow me on Facebook and may recall an update about a man who Googled me on his iPad while we were on his second date, found some footage of me reporting from SXSW and proceeded to google the model/presenter who set up the segment so we can look at her in a bikini.

This inspired me to finally create a web series I had been thinking about for over a year called Bad Dates in the City, currently in pre-production! #LBDinNYCProds @BadDates

After I decided I had no interest in seeing this man again, I ignored his three texts “Did you take the bus home? “How’s it going?” and “Hello”) which came over a span of a week and a half until I opted to text him back this morning to the polite tune of, “Thanks for the other night and it was nice meeting you, but don’t wish to chat further. Thanks and good luck! Best, Lindsay”

Well, here is how this Ivy league grad with an MBA that I met on JDate responded: