Hello amigos. I’m back with some music recommendations:

“The beat is a style of hip-hop originally from Oakland, California. Songs like Drake‘s ‘The Motto’ and Tyga‘s Rack City,’ which have been popular over the last year at a mainstream level, are drawn from a Bay Area-sound. One example is E-40’s ‘Tell Me Where to Go’ from 2005. This style has never been done in Spanish, so we wanted to do it really well and visually have it rep all our styles being born in Panama and raised in The Bay.”

“In the beginning of our working relationship Tom was fond of giving ‘assignments’. In essence, these were creative devices intended to jumpstart the process of writing a song or a way of focusing on a musical element to lay the foundation for the jam to come. With this song we were instructed to take the bass-line from Metallica’s ‘Seek & Destroy’ and make it the bass-line of our song with the exception being that it would be played backwards. That’s right, the same bass-line note-for-note but with the notes in opposite order. The song was also to be fast tempo and needed a gang vocal saying ‘BO!’ in the chorus.”

By the way, Outernational’s “FUTURE ROCK” EP release party in New York City is this Friday. I’ll be there. It’s an all ages show and features a hot opening band: The Skins. You don’t want to miss it!!! 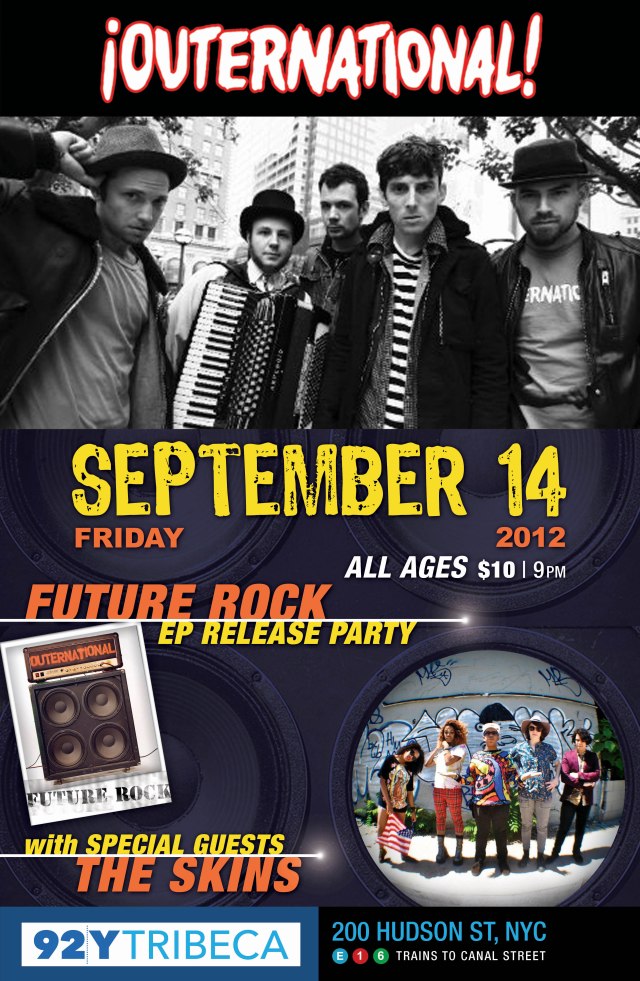