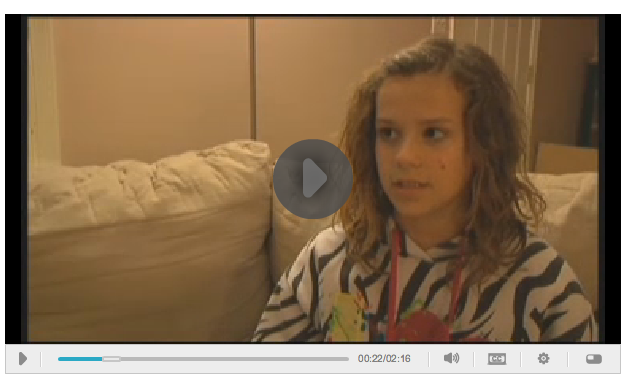 As many of you know, my father has Parkinson’s disease. He was diagnosed in his mid-to-late 50s.

I’ll NEVER forget the look on his face when he first told me he thought he had it. By that time, I’m pretty sure he had seen a doctor. We were eating lunch at the kitchen table and he looked at me and said his arm was trembling and he thought he might have something. I was CRUSHED but, as is my style, I showed little emotion and said, “No, you’re not sick. You’re fine. Maybe you just need to rest more.”

I didn’t want to believe it and, most of all, I wanted to aleve his fears.

He looked scared. And embarrassed. And he was right. He was soon thereafter officially diagnosed.

My dad was a very active man. He always worked two jobs. He loved to ride his ten speed bike (cycled competitively in his native Colombia) and lifted weights. Slowly, his ability to do all that would leave him. Today he spends most of his time watching soccer on TV in his bedroom.

Parkinson’s is a like a slow moving physical prison. It sucks. I wish there were a cure.

Research helps. My dad had deep brain stimulation surgery about seven years ago. While it has slowed the disease, and we are grateful for that, I read up on Parkinson’s news daily, hoping there will be a breakthrough.

Eleven year old Lauren Blum of the Winchester-area in Virginia is raising money for research– not only for Parkinson’s, which her dad has, but also for multiple sclerosis, which her mom has. The feeling of having an ill parent is hard to describe. It must be harder for someone so young! This story made me smile because of her positive attitude.

“Half of the money I raise goes to Multiple Sclerosis and the other half goes to Parkinson’s” says Blum. She was only a baby when her parents were diagnosed with their diseases.

“I always used to worry about were they going to die and what is going to happen. You could never really know what’s going to happen with these diseases except they can’t die. When I was younger, I didn’t understand that.”