My effort to discover (or rediscover, as my ex-husband grew up there and I’d spent much time here in the early aughts) the city I live in continues.

On Dec. 4th, I attended #JCFridays, a city-wide celebration of the arts in chilltown included different exhibits and more throughout the different neighborhoods.

In true ‘I’m-gonna-get-to-know-this-city,-damnit’ fashion, I rode a Citibike from my corner of the Heights to the Grove Street area, where I saw art by Janyewest, Awol, Denai Graham, and Cheese (who, no shit, was written about in the New York Times back in ’96!), at the very spacious and chic Blow Out Society salon. 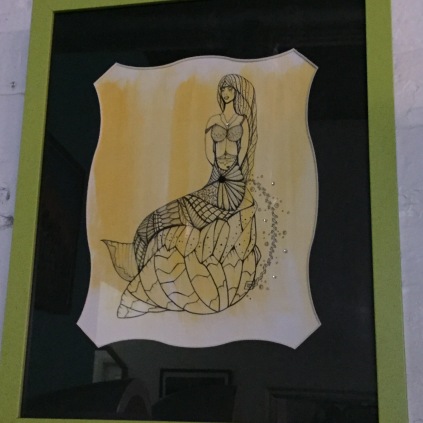 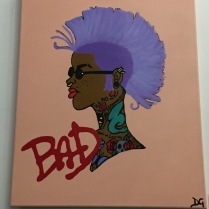 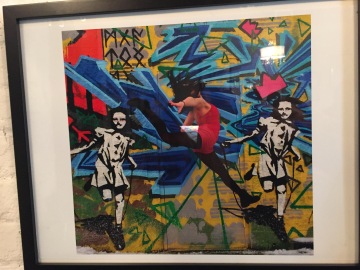 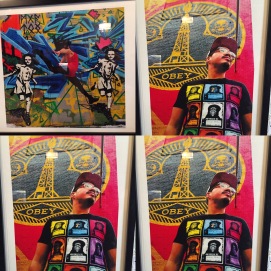 Later, I mozied (via LYFT, using one of my five free rides via a promo when I downloaded the app) to the JC Fridays event put on by the folks at “A West Side Story” over at the New Park Tavern. I checked out a photography exhibit by Scott Sternbach. Chatting with the photographer and filmmaker, I learned he’s attempting to document as much of the West Side as he can before it gets changed through gentrification. Let’s face it: that time can’t be too far away. 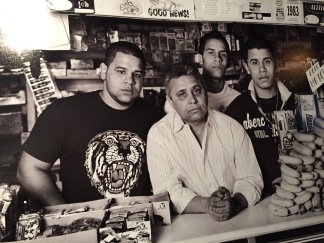 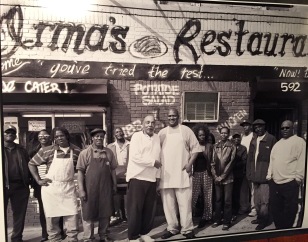 There were also two cool bands: the Penniless Loafers, a ska band, and the Twiddlin Thumbs, a folk band featuring a washboard and a banjo!

So, what’s next? It is December, so I might as well shop at the JC West Side Holiday Craft Fair.

The cool think about this market is that it’s in a neighborhood outside of the uber-popular downtown area, and it aims to serve all, since it was very reasonably priced for vendors to join. I have to believe this means lower prices on items, which is better for shoppers!

Taking place Saturday, Dec. 12th and Sunday, Dec. 13th in the Gallo Center in Lincoln Park in Jersey City, this fair will feature over 20 local vendors selling food, crafts, and holiday presents.
Visitors can expect a festive atmosphere, and offerings from vendors such as Hot Lollies (who will be selling packs of homemade candies made from daring ingredients like tamarind and ghost peppers), Metal, Cloth and Wood (who will be showcasing their elegant women’s jewelry), and Type A Fibers (who sells handspun yarn from local wool providers, along with knit and woven items).
Plenty of ready-to-eat food will be available from Andy’s Modern Kitchen and other vendors, making this not only a shopping event, but a complete and fun afternoon for everyone who attends. WMFU personality and poet Jim Behrle – from the show Sportsy – will be in costume and handing out free candy canes to children of all ages.
West Side Community Alliance (WSCA) president Jodi Drennan says, “It’s really exciting to welcome more events like this to our neighborhood! We’re delighted to give our residents more opportunities to shop locally and support independent artists and artisans, and at the same time spend a fun day out in our community.”
Event co-organizer Amy Wilson notes that she’s put together several such events in NYC, but is “thrilled to finally bring this kind of creativity and experience to my neighborhood.”
The fair is sponsored by WSCA, Rising Tide Capital, and the Jersey City Parks Coalition, this fair will present a fun and festive holiday celebration that is free to attend and open to all, inside beautiful Lincoln Park’s Gallo Center.