I’ve been so lucky in life to have been spared death of loved ones when I was young. This is why losing my father in 2016 felt almost surreal. He had been ill for so long, that when his battle with Parkinson’s came to an end, it was almost a relief for me to him. He deserves to rest, though I miss him dearly.

But I was not prepared earlier this week to learn a friend Tomas, an ex-boyfriend, was to take his life suddenly.

[*If you or a loved one is having suicidal thoughts, say something. Or call the National Suicide Prevention Lifeline at 1-800-273-8255.]

And so began my week of floating around in shock, then grief, followed by quick spurts of anger, back to thinking it wasn’t real, and long bouts of painful wondering if there was anything myself or anyone could have done. I don’t know. I’ll probably never know.

Two days later, I find I’m doing things slowly, mundane every day things—like taking a shower, when I’ll suddenly freeze to think, “I am bathing myself because my body is alive. He isn’t going to be able to do this anymore. He is no longer alive.” And then tears. It’s almost like I’m trying to convince myself.

That young people have to deal with this in high school and college is shocking to me. It’s hard to function without your thoughts turning into grief, disbelief, and again the overwhelming thoughts of wondering and guilt.

I was fortunate to have found out about this terrible news while I was on my way to the apartment of some very dear friends for some cod soup. They knew him and loved him, too. I cannot thank them enough for being with me that night.

In the days since, I’ve talked to my closest friends and family about this and they’re all concerned about me. That’s understandable, and I’ve been checking in with them and vice versa as my feelings continue in that cycle: shock, disbelief, grief, anger, guilt, wonder, utter sadness, and more sadness.

Why? Why did he do this? Again, I will never know the answer to this. But could I have?

After more than a year of not speaking or keeping in touch, as is the norm between some, if not most, former romantic partners, he reached out to me out of the blue. He said he was thinking of me and wanted to catch up. And so we did, on a quick half-hour car ride from Jersey City and Edgewater.

I knew he was in a relationship, and he explained it had recently ended. His living and work circumstances had changed, and he was “down in the dumps” about it, but continued to smile, saying he had his health, hadn’t been missing any meals and he’d rebound. I agreed. I always saw him as an incredibly intelligent and resourceful person who could do anything. I even texted him something to that effect after he dropped me off.

The next morning I texted him to have a great day. He wrote, “Good day to you.” And then I never heard from him again. I sent a couple more texts about things like an issue with my car throughout the week, and figured they went unanswered because he was busy. Or back with his ex-girlfriend. He didn’t get into details much but he gave me the impression the relationship was somewhat tumultuous. So, again, him not responding wasn’t odd as we hadn’t keep in touch on a frequent basis.

Then exactly one week after to the day that I saw him last, I learned of his fate.

This article on how to cope with losing a friend or family member to suicide has helped me, as have the many kind words of advice and consolation by friends and my family. But it’s very difficult to comprehend and accept.

I’ve been looking through old photos of when we were together and it’s, at times, overwhelming, but it also reminds me of the many good times we had. And so I wanted to document some of the great things about my friend, Tomas.

A tall and calm presence, Tomas loved cars, and was adept at fixing and customizing them. We constantly talked about them when we were on the road. He loved motorcycles, too, especially his Harley Davidson V-Rod motorcycle, which he cleaned lovingly on a frequent basis using things like Q-tips and toothbrushes.

Tomas was also a fan of boats, speedboats in particular, as he had recently spent some time in Florida with a friend who owned one, and took it to Miami Boat week. Tomas knew how to drive and maintain boats. He also had a small engine pilots license.

I met Tomas in 2015 in Puerto Rico, where I was spending a couple of nights before boarding a ship for a cruise with one of my girlfriends. We all spent a fun day at the Luquillo Beach, and he then insisted on taking me to see El Junque, the rainforest in Puerto Rico. I’ll never forget that fun drive to such a beautiful place I’d never been to before.

Tomas loved hip-hop music, electronic dance music and salsa, but not dancing to it. As of late, he told me he had been listening to Puerto Rican trap hip-hop artist, Bad Bunny, who I don’t listen to much, but whose song “Amorfada” makes me cry when I read the lyrics because I imagine they resonated with him.

I will always treasure the fact that I got to take him to see some independent Latin music artists, such as Making Movies performance at SOBs, that literally made him tear up. When I asked him why he was emotional, he said it was so cool to see young talented band doing what they loved, as learning an instrument to play music was something he didn’t have the opportunity to do as a kid.

Something Tomas did do as a child and up until his young adult years was practice karate. Although exercise was not something he did when we knew each other, he told me he spent years going to tournaments on weekends, competing on behalf of the karate school he trained at.

Tomas loved going to marinas and seeing not only boats, but the river or sea. He also knew a great deal about recreational vehicles, as I found out on a trip with him to the Pacific Northwest. We stopped at a RV dealer and I saw his face light up every time we checked one of those luxury vacationing vehicles out.

Tomas loved to watch CNN, HBO’s Bill Maher, and Viceland’s Action Bronson and Weediquette. He followed the 2016 presidential election season with great interest and we discussed it nearly every day.

Tomas was not a fan of trying strange or exotic foods. He was a fan of steaks, chicken, and potatoes, and old-fashioned Puerto Rican dishes. He liked Cuban and Middle Eastern food, too. And at Dunkin Donuts, he always ordered a decaf tea with a chocolate glazed donut, BUT NO SPRINKLES. (It was funny when they’d mess that part up. He’d be so frustrated!)

He loved to travel, and had spent some time working for Delta airlines before I met him. Going to Puerto Rico to visit his grandmother might have been one of his favorite things to do.

Tomas was a polite and friendly person who could strike up a conversation with anyone he encountered. Taking him to work or music related events was always easy for me because I knew he’d get along with anyone I introduced him to. He always won them over with his charm.

Tomas was not a fan of sports. But he did have a great time following the 2016 Copa America with my brother and I and even joined us at a game the Colombian National team played at MetLife stadium.

And that’s because he enjoyed doing things he had never experienced, whether it was going to a museum, or an independent music festival. 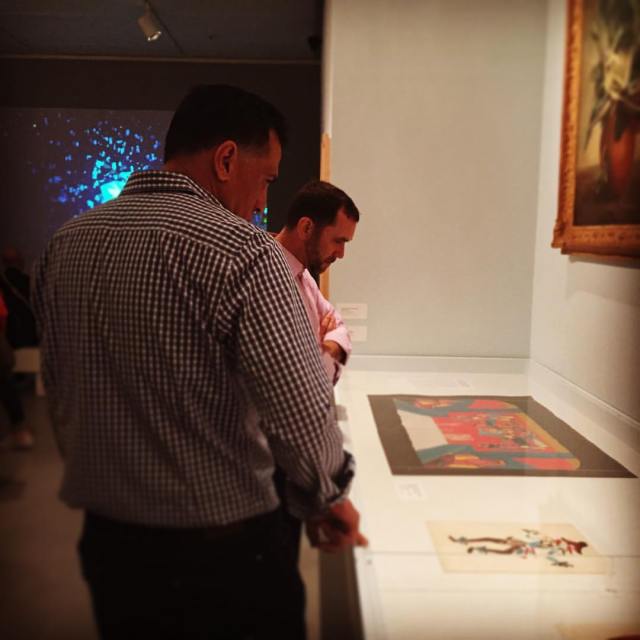 I’ll never forget the way Tomas looked at problems. He was a fan of Eckhart Tolle, and recommended I read “A New Earth” when I was going through a particularly rough time with my father’s death and some other things and it seemed that every day annoyances or problems—no matter how small—annoyed me.

I’m not going to lie, I didn’t take to Tolle’s words then, and it was only after broke up and I experienced depression and sought help for it that I started reading authors similar to Tolle and understood what it was about. But a book is a book, and its themes can be fleeting if one is depressed. I wish I could tell him that today.

One new hobby that Tomas picked up in 2016 was photography. He bought a Canon Rebel and took to it immediately, eventually buying a drone to shoot photos and videos when he was on his friend’s boat. He meant to show me some of the footage but we never got around to it.

I’ll always remember his strong laugh, super smile, sense of humor and the ease in which he talked to strangers, as if they were old friends. It hurts so much that someone who caused others to smile so easily must have been experiencing enough hopelessness or sadness that it caused him to take his own life.

May you rest in peace, Tomas. You will be very missed.

*If you or a loved one is having suicidal thoughts, say something. Or call the National Suicide Prevention Lifeline at 1-800-273-8255.

6 thoughts on “Coping with the loss of a beloved friend”